For over 81 years, Silky Oaks has been helping people and communities achieve hope for a brighter tomorrow. Since 1940, we have responded to the needs of our community, providing a range of high quality social care, therapeutic and early childhood community services. Motivated by our vision to see people and communities thrive, our services are client-focused and intentional in design. We aim to walk alongside our clients, tailoring our approach to meet each individual’s needs. The positive outcomes we see are a direct result of the strength of our people, our partnerships and our services.

Our people are our employees, volunteers and Board of Governance and are central to who we are and what we do. Silky Oaks are known for recruiting highly capable, agile and compassionate workers who stay with the organisation for many years, therefore giving our stakeholders confidence that Silky Oaks is trustworthy and reliable.

Silky Oaks actively pursues strategic partnerships because when we work with others who hold information, expertise, skills and resources that compliment what we bring, our clients will benefit. We partner with clients, families and other organisations in service planning, delivery, evaluation and improvement. We also partner with funders, ambassadors and supporters in designing, promoting and expanding our services. 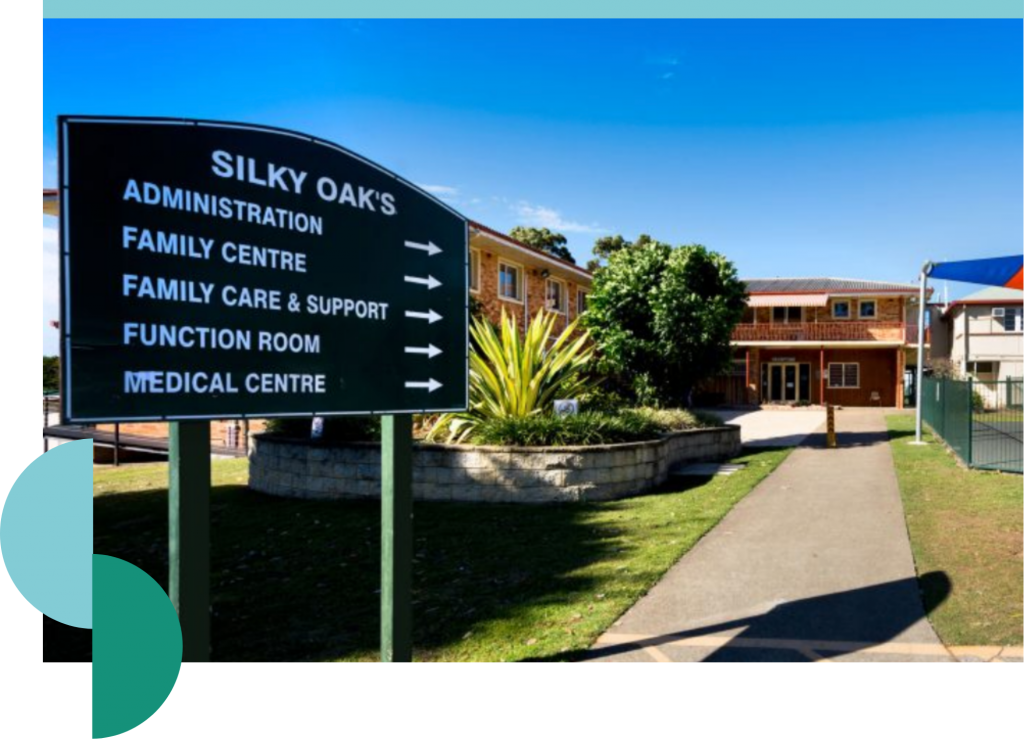 Silky Oaks is committed to continuous improvement and actively pursues innovation. The outcomes that matter to our clients matter to us. Consequently, we are agile in our approach and actively work with our clients, funders and service partners to find solutions that work. We apply the principles of equity, support, belonging, trust, respect and acceptance within a holistic framework of intervention and prevention.

Silky Oaks was initially born in the heart of a retired missionary, Miss Betty Cornell, who was concerned for children in Queensland who did not have a supportive home environment.

In August 1940, Miss Cornell’s vision was put into action and the original Children’s Home was set up in the Brisbane suburb of Toowong. In January 1947, Silky Oaks moved to its current location in Manly. Since that time, Silky Oaks has extended its range of services to individuals and families within the local community and the greater Brisbane area.

Miss Cornell put her ideas into action and contacted three prominent businessmen Messrs.: Westwood, Wylie and Lockhardt. Starting with an inaugural meeting, they discussed the possibility of obtaining a suitable site for a Children’s Home in Brisbane. The small committee considered purchasing a variety of properties however, “Silky Oaks” in Cross Street, Toowong, became available.

This historical home was owned by Sir Alfred Cowley, a cane-farmer, industrialist and parliamentarian. The committee purchased the property for £900 and on August 19 1940, less than four months after the inaugural meeting, the Children’s Haven opened. Miss Cornell, with the support of her friend Miss Charles and her first staff member Miss Gibson, welcomed a mother with three pre-school aged boys and a girl. As a result, Silky Oaks Children’s Haven had begun. 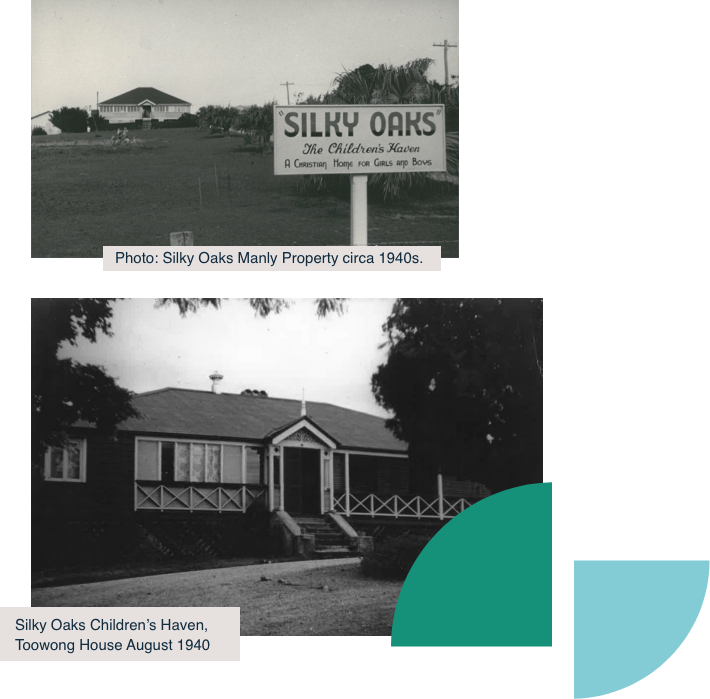 The name “Silky Oaks” originated from the property of the Toowong House. We have been lucky enough to find an article about this house, from The Queenslander in the Brisbane Historic Homes section. Written on 5th November 1931 by F. E. Lord, this article tells us a lot about the house and how the name of the property originated. The article states that “Its name given to it by Sir Alfred and Lady Cowley, was suggested to them from the fact of its original driveway being lined with these trees (silky oaks)… The drive is unused now, and although the silky oaks are more sparse in their foliage than of yore, they will soon be in rich yellow blossom…” This allows us insight into why we are called Silky Oaks to this day.

Email: haven@silkyoaks.org.au
Copyright © 2022 Silky Oaks Children's Haven
Website Design by Lauren Rogers Design
We use cookies on our website to give you the most relevant experience by remembering your preferences and repeat visits. By clicking “Accept All”, you consent to the use of ALL the cookies. However, you may visit "Cookie Settings" to provide a controlled consent.
Cookie SettingsAccept All
Manage consent

This website uses cookies to improve your experience while you navigate through the website. Out of these, the cookies that are categorized as necessary are stored on your browser as they are essential for the working of basic functionalities of the website. We also use third-party cookies that help us analyze and understand how you use this website. These cookies will be stored in your browser only with your consent. You also have the option to opt-out of these cookies. But opting out of some of these cookies may affect your browsing experience.
Necessary Always Enabled
Necessary cookies are absolutely essential for the website to function properly. These cookies ensure basic functionalities and security features of the website, anonymously.
Functional
Functional cookies help to perform certain functionalities like sharing the content of the website on social media platforms, collect feedbacks, and other third-party features.
Performance
Performance cookies are used to understand and analyze the key performance indexes of the website which helps in delivering a better user experience for the visitors.
Analytics
Analytical cookies are used to understand how visitors interact with the website. These cookies help provide information on metrics the number of visitors, bounce rate, traffic source, etc.
Advertisement
Advertisement cookies are used to provide visitors with relevant ads and marketing campaigns. These cookies track visitors across websites and collect information to provide customized ads.
Others
Other uncategorized cookies are those that are being analyzed and have not been classified into a category as yet.
SAVE & ACCEPT
Scroll to Top